Spurred on by the growing issues of climate change and fluctuating utility costs, more and more consumers are now shifting to renewable sources of energy like solar panels (also known as solar photovoltaic panels or simply solar PV).

Aside from living sustainably, the use of solar energy is proven to be financially rewarding - eliminate paying for your monthly bills for good, save money in the long run and take advantage of government incentives for installing residential and commercial solar panels.

If you aren’t convinced yet of solar PV benefits and lucrative incentives, then please keep reading.

The Growth of Solar Energy Production in the World

Today, China, Japan, the USA and India remain to be the world’s top solar power producers. For the past 15 years, the global use of solar energy has surged to around 20% and the global output produced by solar PV is increasing by 50% every year. Sustainability awareness, practicality and enticing government legislations are only some of the factors that is impacting this big switch.

In Germany for instance, the share of solar power in total power generation is at 10%. Interestingly, there are about 2 million photovoltaic systems that generated 51.4 terawatt-hours of electricity in 2020 - a big leap compared to 3.1 terawatt-hours back in 2007. Together with China, Japan, the USA and India, Germany is now considered as one of the largest producers of solar power in the world.

These numbers make it clear that something really big is happening here. The noticeable effects of climate change remind us of the urgency to shift our energy production to something that is renewable and much more sustainable. Solar power generation has to be expanded much further and governments are keeping their momentum through the provision of solar power incentives and funding programs. Such government incentives vary by location. Let’s explore a few examples. 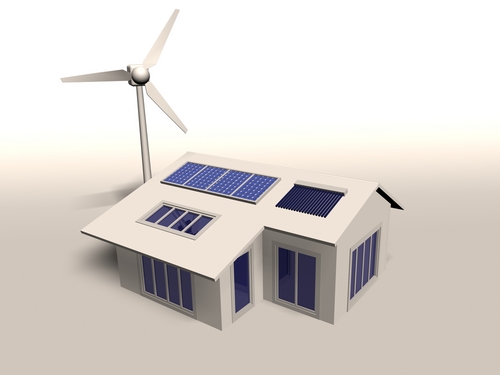 Solar Government Incentives in the US and Canada

The United States offers great incentives for its citizens to go solar. The NL Clean Energy Technology Center created a comprehensive database to summarize applicable incentives and policies by state. Interestingly, the Golden State of California is doing impressive work on solar incentives making them a true leader for solar power generation in the US. Here are some of the renewable energy incentives implemented in California:

In the case of Canada, they provide solar incentives at the provincial level in the form of cashback, discounts, insurance, tax credits and more. Specific government incentives and programs are likewise found on the digital platform at Natural Resources Canada.

China remains to be the largest solar power producer in the world, followed by the USA, then Japan. Germany and India are listed in fourth and fifth place.

In 2020, government solar funding was only half as large as in 2019. In the future, the Chinese solar power subsidies can be used more efficiently, but funding should continue to exist: roughly half of China's 31 provinces already have 5-year plans for 2021-2025 that support the promotion on renewable energies like solar energy.

Since 2015, the solar power generation in India has increased by almost 9x. Relatively, solar power in India remains very cheap resulting in more patronage from their residents.

In 2019 the Indian government raised over 2.5 billion euros in the solar power subsidy. As part of a German-Indian solar partnership, a Є200 million loan agreement with the Indian Renewable Energy Development Agency (IREDA) and Kreditanstalt für Wiederaufbau (KfW) was completed. The money is given to Indian investors in the form of low-interest rates loans.

The solar industry is constantly innovating, improving and growing. And while there are many solar installers out there, only a handful of them can offer real value for your solar panel investment.

At PADCON, our decades of experience in the solar industry guarantees energy-efficient, high-quality solar power systems and innovative technological advancements. Our anti-PID (potential induced degradation) system is one of a kind - yielding the highest energy efficiency, making us a true market leader for this segment.

Contact us to get the best possible solar products and benefit from your state-subsidized solar power plants today!

Solar Power for Home and Commercial Use

It’s never too late to get started with solar power technology. With the lucrative government subsidies discussed above, you get to enjoy more benefits than the traditional energy sources.

Generating your own renewable energy is certainly exciting! Instead of relying heavily on high-priced energy, consumers can tick off their monthly energy expenses and allocate this budget somewhere else. The higher the monthly bill, the bigger the savings. Certainly, installing a solar panel in your home or business can yield almost zero energy costs for a long time.

With sustainability and financial viability in mind, homeowners and business owners can dramatically change their energy consumption by installing solar panels.

Thankfully. the cost of solar PV has declined over the years. Thus, the upfront cost for installing solar power today looks more wallet-friendly alongside solar panel incentives you get from the government, utility company as well as solar installers themselves.

Moving forward, you are in the position to make a sustainable investment now!

This web page uses Cookies for an actual representation of many contents. Read more …